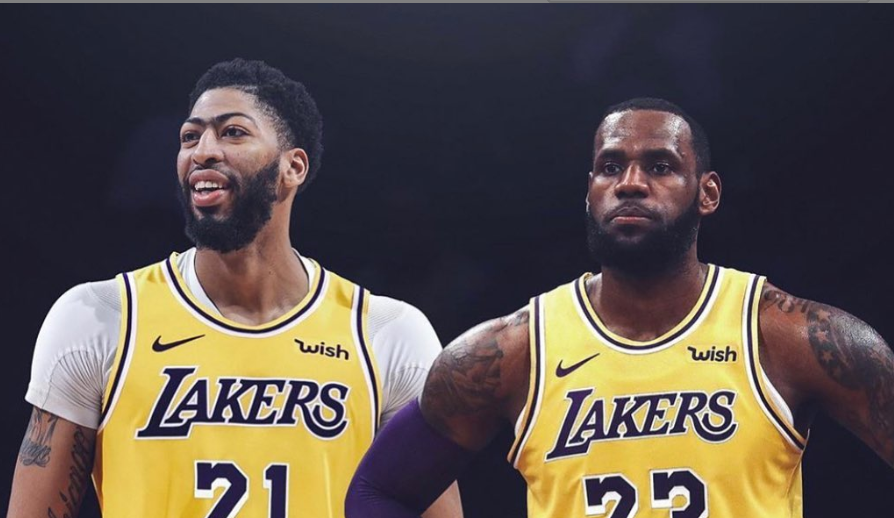 Just when you thought there would be a quiet week between the end of the NBA Finals and the 2019 NBA Draft – some time to reflect on the season that was and appreciate the Raptors as champions – the Pelicans and the Lakers pull off what might be the biggest trade in recent history. The Lakers acquired a top-7 player – PF Anthony Davis – in exchange for PG Lonzo Ball, SF Brandon Ingram, PG Josh Hart, three first round draft picks and the opportunity to swap picks at a time to be determined later. The draft picks include the 2019 no. 4 pick, a 2021 first rounder if it falls in the top 8 (otherwise it rolls over to a 2022 unprotected first rounder, which is much more likely), a 2024 unprotected first rounder with the option to roll that unprotected pick over to 2025, and New Orleans’ option to swap picks with L.A. in 2023.

If you’re thinking the Lakers gave up a lot, you’d be right, but it’s actually less than they offered at the trade deadline this past season – an offer that was broadcast far and wide and was the catalyst for the unraveling of their team.  But this is an especially high price given it was almost a certainty that Davis was going to sign with the Lakers in the summer of 2020. After all, he had said as much by identifying his preferred trade destinations way back in January. But, that’s the pressure LeBron James puts on a franchise, especially in this twilight of his career.  That one year matters a lot. And the Lakers – for all their dysfunction – know better than any team that when you can get a generational talent the likes of Anthony Davis, you give up whatever you have to in order to get him. So, that’s what they did.

Somehow, GM Rob Pelinka – seemingly negotiating against himself – was able to keep Kyle Kuzma, the one name included in the original February trade talks who survived the exodus. While Ingram’s potential ceiling as an All-NBA talent may be higher, Kuzma is a good bet to have the better career when all is said and done, especially when you consider the situation he will be playing in moving forward. Kuzma will continue to groom under the tutelage of LeBron with AD and likely a third star to round out the team. He’s perhaps overqualified to be the 4th best player on a championship team as a team player who tries on defense,  gives great effort and can get to the rim on his own – all qualities that help win games in the playoffs.

Outside of LeBron, AD, and Kuzma, the Lakers only have two other players – Moe Wagner and Isaac Bonga under contract. Assuming the trade goes through July 6th as expected due to Davis cap implications, those five players plus Luol Deng’s never ending obligations account for roughly $81.5 million of the $109 million 2019-2020 salary cap. If the Lakers sign a max free agent to fill the third banana role, that will put them over the cap already ($32.7 million for a max spot with only $27.5 million of cap space left). But I still believe they should. This will require a heavy luxury tax bill as they fill out the rest of the roster but that should be no problem for the 2nd-richest franchise in the sport.

It would make the most sense for the Lakers to add cheaper players – those willing to live in Southern California and play with LeBron at a discount, the horror – and follow the NBA’s overriding trend of valuing shooting and defensive versatility. This is easier said than done as these skills come at a premium in today’s NBA and the situation only gets more complicated when you factor in LeBron and his wishes. Somehow, he will have his say on the matter, and the Lakers can only hope they fare better in the summer of 2019 than those prior. In order to so, Pelinka might need all the help he can get. In addition to shooting and defensive versatility, the Lakers are in need of guards and everyone who anticipates this to be their next free agent splash might be right. The players they are looking at aren’t exactly cheap, so they will have to be smart and frugal to round out this roster. Can Rob Pelinka do this? Sure seems unlikely after the way this past season played out. But maybe with Magic Johnson having removed himself from the picture, perhaps he will be able to figure it out.

So, who might be joining the two top-7 talents in L.A.? Given the strong free agent market this summer there are All-Star level options galore: Jimmy Butler? Kemba Walker? Kyrie Irving? Tobias Harris? Kawhi Leonard??? All clearly excellent options to complement the superstar pairing the Lakers just united, but can they afford them? Kemba, their top target, per the New York Times’ Marc Stein, and Kyrie, who recently signed with Roc Nation and is expected to join the Brooklyn Nets, would both provide an extra scoring threat from the guard spot.  They would likely play a role similar to the one Irving occupied alongside James in Cleveland, creating offense for the team when LeBron needs rest. Butler and Harris would be secondary prizes, I think, with Jimmy providing more consistent offense, better defense, more playmaking, and the bulldog mentality that you need in the playoffs. James should be able to keep Butler in check in the locker room, so Jimmy would be a great fit. Harris, while talented, is perhaps in the same camp as Kuzma – someone who would make an excellent 4th starter on a championship team, but has not yet reached that next tier of superstar.  Kawhi sounds like the longest of longshots with the Clippers and Raptors seeming to be the favorites, but you never know with this NBA, or this player. Just like he would be for any team, Kawhi would be a great fit next to LeBron and AD providing scoring and wing versatility to a squad that could use it just as any team in the NBA could. No team can have enough, but this would provide LeBron and AD the space they need to operate effectively and efficiently. A dark horse candidate, should all else fail, is Malcolm Brogdon, who is one of the most composed players I have ever seen. Think of Brogdon as a more sane, guard version of Draymond Green, who can shoot and handle the ball better. He fills all their voids (shooting, playmaking, ball handling, and defensive versatility) at a cheaper price than these other options and should only get better.

We discussed the top 3 spots, which will carry this superteam as far it goes. But as we discovered with the Raptors the last three weeks, sometimes your 4-7 guys are just as important, so the Lakers will need to do a much better job filling out the roster with limited resources this offseason. Last year, they made the obvious addition of LeBron and then flopped with all other free agent signing efforts with much greater cap flexibility. Remember the $23 million for one year of Rajon Rondo and Kentavious Caldwell-Pope, not to mention the Lance Stephenson, Michael Beasley, and JaVale McGee signings? These signings seemed crazy at the time and look worse now. They are going to have to do much better than that this year.

No matter how they round out this roster, there isn’t going to be a stronger top 2 in the league next year than LeBron and AD. And as the old adage goes, stars win championships, so that’s a pretty damn good start. We should see plenty of pick-n-roll with the two superstars leading to mismatches for two of the most deadly offensive weapons in the league. The new Lakers Head Coach Frank Vogel should be smart enough to stagger their minutes and allow each a chance to carry the team for a bit in the other’s absence. Playing without two players the caliber of James and Davis at the same time will lead to trouble (see Thunder sitting Russ and KD, or Russ and Paul George; Dame and CJ in Portland pre-2016). If  – and it’s a big if, given his short tenure – Pelinka can surround these stars with the proper shooting, then the pick-n-roll will only be even more devastating with proper spacing. James and Davis will be great together and any third star will be gravy. We will find out in the coming weeks who that is (if anyone).

The Lakers still have work remaining to complete this roster, but they couldn’t ask for a better foundation and can finally put last year’s nightmare of a season behind them. It will be interesting to see how it plays out, but it has to play out better than last offseason, right? No matter how it does, the Lakers should expect to be title contenders for the three years remaining on LeBron’s contract with two of the game’s biggest superstars.

While the exact impact of this trade remains to be seen, rarely does a blockbuster trade directly impact the careers of so many generational stars at once (LeBron, AD, and Zion). This trade will likely go down as another great one for the Lakers in their history of trading for generational talents. The Lakers will welcome AD with open arms and hope he’s the next great generational big man to bring them a title alongside the 2nd greatest player of all time. The ultimate impact will depend on how the rest of the offseason plays out. But as the Lakers have proven time and time again, they are never short on drama or stars.

Epilogue: We will break down the Pelicans’s side of the trade and the future with Zion on Thursday.

Welcome to the official blog/website for the Black and Yellow podcast.  Two normal dudes exploring the ins and outs of pop culture, sports, politics and relationships.